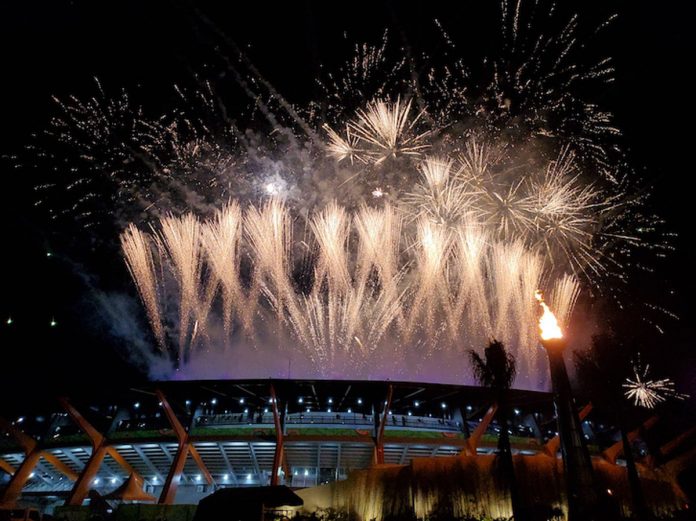 The 30th South East Asian Games has officially started with its grand opening ceremony last Saturday, November 30. The torch has been passed on to the 7,641-island country as the Philippines takes on the gargantuan task of hosting the biennial multi-sport event for the fourth time ever since it started in 1959.

As national athletes battle for a podium finish in various venues within and outside the Philippines’ capital region of Metro Manila, sports fans and enthusiasts alike are bound to have some downtime in between games or while travelling from one venue to another.

While you’re here, why not explore a part of the Philippines during your stay? Based on the 50 venues listed on the 2019 SEA Games official website, here’s a rundown on what to do and where to go in Manila, Tagaytay, Clark, and Subic.

Most sporting events would be held around the metro. Included in the list is the newly renovated art deco Rizal Memorial Sports Complex, where some football, tennis, and basketball games would be played. Some would say to skip Manila and immediately hop on a plane to white-sand-filled beaches when visiting this Pacific archipelago, but we beg to differ. This cultural melting pot with a rich colonial history has so much to offer. Manila is a hub for food, sights, and unique experiences. Here are just a few suggestions on what to do while you’re visiting the region.

A tour of Intramuros

This historic walled city built during the Spanish colonial period is around 5 kilometers away from Rizal Memorial Sports Complex. The best and most eco-friendly way to take in the cultural landmarks is through riding a bamboo bicycle. Bambike Ecotours offer an array of tours depending on your interest and schedule. In a 90-minute tour, you’ll get to visit six sites within Intramuros and the ASEAN Garden in Puerta del Parian. Should you have time to spare, Bambike also offers a sunset tour with food and a cultural show.

Immerse yourself in Filipino art and natural history

Tucked behind the central business district of Makati is the red-light-district-turned-food-and-arts-hub for millennials. There’s always something new in Poblacion. Need a drink? Take a sip at Agimat Foraging Bar, where they use all-local ingredients in unique cocktails. In search for affordable vegan food? Head on to Cosmic for a bite to eat. In the mood for some dancing? Enter Boogie for unpretentious vibes and good company. Many cool hostels, where most foreign backpackers stay, and sports bar options are also found in Poblacion.

Situated on a plateau, Tagaytay is the ultimate weekend escape for city dwellers. A new skatepark was built just for the SEA Games. It is also an hour-drive away from the Biñan Football Stadium, the venue for women’s football matches. Here you can enjoy a cup of local barako coffee from countless coffee shops with a view of the world’s smallest volcano situated in the middle of Taal Lake.

Wake up early for the best Filipino breakfast buffet in town. Available only on weekends from 7 a.m. till 11 a.m. Savor a hot bowl of chocolate rice porridge with salted dried fish on top, a typical Pinoy breakfast meal. They also serve an array of colorful rice cakes with origins from different regions in the country.

Hike up the world’s smallest volcano

In the middle of the plateau there lies a lake with a volcano, where another lake is found within its crater. Known to be an active volcano, Mount Taal provides a journey of either a 20- to 30-minute boat ride or an easy 45-minute trek.

Stay in an upcycled hotel

For the environmentally-conscious traveler, book a room at Eco Hotel Tagaytay or Cabins by Eco Hotel. They offer a relaxing respite with instagrammable eco-chic interiors at every turn, with a stunning view of the lake.

The coastal town of Subic is located north of Manila in the province of Zambales. It used to be the repair and supply naval base of the United States, where 50 percent of Subic’s land area was also appropriated for military reservation area. For the games, it’ll host 10 venues as listed on the official website.

Here is a new, fun way to enjoy the sun, sand, and sea. Inflatable Island is the biggest floating playground in Asia. Beat your friends at an inflatable obstacle course called the Vortex or snap photos at the biggest inflatable unicorn in the world, Unicornzilla, or their newest attraction, Sanrio Float Town.

Learn about Filipino craftsmanship and artistry and get a glimpse of Old Manila in Las Casas Filipinas de Acuzar. An hour away from Subic, this resort in Bagac, Bataan revives the glory days of Manila with restored Spanish-Filipino houses sourced from different provinces in the Philippines. Apart from their heritage tour, Las Casas also offers a river tour, Hotel de Oriente tour, and art tour.

Offered only every Saturday from October to January, the night safari lets you in on a thrilling adventure through its attractions. Here you can go on an enclosed jeep safari ride to see tigers up close, follow the trail at the Enchanting Forest, and witness a fire dance performance featuring some animals.

While Subic was known to be a U.S. Naval Base, Clark, on the other hand, was set up to be an airbase for both American and Filipino troops. The newly-constructed New Clark City Sports Complex will hold sporting events in the Athletics Stadium, with a design inspired by nearby Mt. Pinatubo, and the Aquatics Center, which houses an Olympic pool, training pool, and diving pool.

The province of Pampanga is debatably the culinary capital of the Philippines. Kapampangan cuisine is the embodiment of the coalescence of indigenous and Spanish influences. To taste the original sizzling pig’s head dish called sisig, visit Aling Lucing’s in Angeles, Pampanga. For gastronomic adventurers, authentic Kapampangan dishes like buro (fermented rice), adobong kamaru (mole crickets) and betute (frog) at Binulo restaurant, Everybody’s Café, and Bale Dutung.

Are you ready for a rollercoaster zipline experience? SandBox, in Porac, Pampanga, offers an extensive selection of outdoor attractions like land and water obstacle courses and ATV ride through the Pasig-Potrero river. Or are you up for a 100-meter free fall? Aqua Planet is the newest water theme park in Clark that has over 38 water slides.

Famous for its devastating eruption in 1991, Mt. Pinatubo has become a haven for adventure seekers with its picturesque lahar formations. Ride an ATV or 4×4 jeep through lahar and trek for 2.5 hours to the majestic crater lake.

Famous for its devastating eruption in 1991, Mt. Pinatubo has become a haven for adventure seekers with its picturesque lahar formations. Ride an ATV or 4×4 jeep through lahar and trek for 2.5 hours to the majestic crater lake.

Keep up with all things SEA Games by liking their Facebook page, and don’t forget to tag your posts with #2019SEAGames and #WeWinAsOne!